If you are a parent who is considering divorce, then you probably have a long list of questions. One of the most common is, “What child custody options are available in New York?” Although the Internet has plenty of helpful information, the best source of guidance is a child custody lawyer. 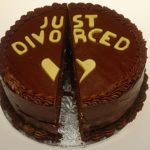 According to NY Courts, the judge will award custody based on the best interests of the child. There are two general types of legal custody: sole custody and joint custody.

If you have questions about child custody, child support, asset division or another aspect of family law, then contact a Staten Island child custody attorney from the Elliot Green Law Offices. Mr. Green can assess your situation and explain the factors that the judge will consider when awarding custody. Call us today at 718-260-8668 to schedule a consultation.

In the meantime, read on to learn more about sole and joint child custody in New York:

If the judge believes it is in the best interests of the child, he or she may award sole legal custody to one parent. According to WomensLaw.org, this gives the custodial parent the right to make all significant decisions about his or her child. As such, sole legal custody also means that the other parent does not have the right to get involved in the major decision-making processes.

In most cases, judges will attempt to give joint legal custody to divorcing parents. In these arrangements, you and the other parent will share responsibilities regarding the child. This also means that you must both be involved in the decision-making processes, and you will share the same rights regarding your child’s upbringing.

Joint custody will require that you communicate with the other parent regularly. You will also have to compromise on many decisions regarding the child.

As such, if there is a history of domestic abuse or violence, then joint legal custody may not be practical. Make sure you alert your lawyer and authorities to any history of abuse in order to ensure that you do not face any decision-making disadvantages further down the line due to power imbalances in the relationship.

What Constitutes a Major Decision in the Child’s Life?

As a divorcing parent, you will likely face the concept of “major decisions.” Many people are unsure what constitutes a major decision in the child’s life. According to WomensLaw.org, major decisions include but are not limited to:

If you are facing a child custody battle in New York, then contact the Elliot Green Law Offices. Mr. Green is a Staten Island child custody lawyer who always puts his clients first. He can guide you through the divorce process and help you avoid mistakes that compromise your personal and financial interests. Call us today at 718-260-8668 to schedule a consultation.

BROOKLYN, New York. If you have been thinking about divorce for some time, one of the most difficult challenges you’ll face on the road ahead is breaking the news to your partner. While couples who are on the path to divorce … END_OF_DOCUMENT_TOKEN_TO_BE_REPLACED

BROOKLYN, New York. Jeff Bezos recently announced that he and his wife of 25 years will be getting divorced. Unlike a divorce where two people earn regular salaries, have some assets, and debts, divorces among the … END_OF_DOCUMENT_TOKEN_TO_BE_REPLACED

BROOKLYN, New York. Many couples who are going through a divorce begin the process with a separation. It is often the first step divorcing couples need to take to begin dividing their lives. Yet, some couples fail to move … END_OF_DOCUMENT_TOKEN_TO_BE_REPLACED