DALLAS, Texas. According to the National Institute on Drug Abuse, every day, 115 people die due to drug overdoses on opioids. The opioid epidemic has reached crisis levels. The Centers for Disease Control reports that prescription drug abuse costs the U.S. $78.5 billion each year. These costs include addiction treatment, lost productivity, criminal defense costs, and healthcare treatment due to overdoses. The cost of opioid addiction on families is high. When a family member becomes addicted to opioids, he or she may have trouble maintaining a job. He or she may require costly medical treatment. In the worst-case scenario, individuals die due to opioid overdoses, leaving families struggling with bills and lost wages. 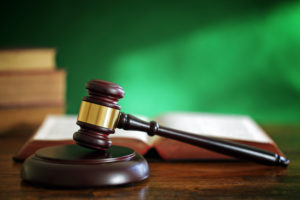 Many experts blame drug companies and prescribers for the current epidemic. In the 90s, drug companies reassured medical professionals that individuals who were prescribed opioids for painkillers would not become addicted. Yet, over time, it became clear that individuals who were prescribed these drugs often became addicted. Doctors sometimes overprescribed opioids, resulting in greater risk to patients.

The role of the medical community in the crisis has many wondering why medical professionals and pharmaceutical companies have not been held accountable for their role. The reality is that some families have chosen to fight back.

According to the New York Times, Prince’s family is pursuing a lawsuit against the hospital that treated the singer for his first opioid overdose. This overdose took place before his death and the family believes that doctors failed to identify that he was at-risk. The family believes that had Prince received proper treatment, he might have lived. They claim that Prince didn’t receive appropriate medical care when he first overdosed and was treated by the hospital. The family claims that Prince’s later overdose was a result of the hospital’s failure to diagnose Prince’s condition.

Addiction is a medical condition. When it comes to opioid addiction, failure to diagnose can indeed be deadly. Deadly overdoses often occur when a person acquires illegal drugs on the black market which happen to contain deadly doses of fentanyl, a synthetic opioid. In other cases, individuals acquire the drugs through their local pharmacy. In some cases, pharmacists may not review a patient’s prescription adequately before dispensing the drugs. While some states have taken measures to prevent patients and doctors from abusing the system by filling multiple prescriptions at multiple pharmacies, in some states, it is still possible to find ways to game the system.

So, what can you do if your loved one has been injured or killed due to an opioid overdose? Well, it is important to understand that in some states, it may be very difficult to win a medical malpractice case. Prince’s family is suing in Illinois, where the laws tend to favor the patient’s rights.

The Law Offices of Robert Gregg are personal injury lawyers in Dallas, Texas who understand how devastating the opioid crisis has been for some families. If you or a loved one was hurt due to the negligence or neglect of another person or party, consider reaching out to a qualified lawyer today, or visit us at http://www.gregginjury.com/ to learn more. We may be able to help.

BROOKLYN, New York. If you have been thinking about divorce for some time, one of the most difficult challenges you’ll face on the road ahead is breaking the news to your partner. While couples who are on the path to divorce … END_OF_DOCUMENT_TOKEN_TO_BE_REPLACED

BROOKLYN, New York. Jeff Bezos recently announced that he and his wife of 25 years will be getting divorced. Unlike a divorce where two people earn regular salaries, have some assets, and debts, divorces among the … END_OF_DOCUMENT_TOKEN_TO_BE_REPLACED

BROOKLYN, New York. Many couples who are going through a divorce begin the process with a separation. It is often the first step divorcing couples need to take to begin dividing their lives. Yet, some couples fail to move … END_OF_DOCUMENT_TOKEN_TO_BE_REPLACED